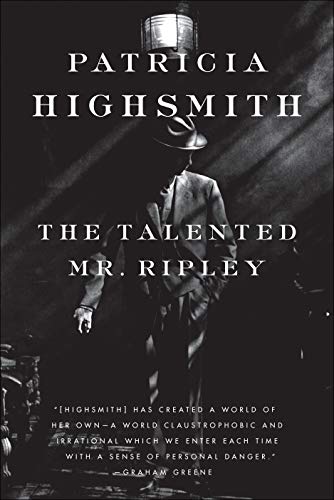 This book follows Tom Ripley as he travels (all expenses paid) from NYC to Italy in hopes to convince Dickie Greenleaf, whom is a very loose acquaintance, to return home to New York.

Upon arriving in Italy and meeting Dickie it becomes clear that Tom has no intention in returning to the US anytime soon. From Day 1 abroad, Tom devises ways to make his money last as long as possible.

Tom, who ran low-level scams in NYC, turns to whatever means necessary to remain on his travels, no matter what the cost.

I found this book on the New York Public Library "most popular fiction" page.

Man - what a ride this book was. A little slow to start with but really picked up steam as Tom lands in Italy.

I loved being in Tom's head as he works through the minefield of potential traps.

I liked, as a fellow traveler, that as Ripley moved to a new city he could completely reinvent himself and tell whatever origin story he wanted to tell.

Highsmith really keeps you guessing throughout which was fun.

Not much I didn't like, other than the slow start that took a little while to get into.

Some of the story dragged a bit as Tom went around Rome, but not enough to be a huge complaint.

Nothing he took desperately seriously ever worked out. He’d found that out years ago. He’d let a few days go by, he thought. The first step, anyway, was to make Dickie like him. That he wanted more than anything else in the world.

He wanted to kill Dickie. It was not the first time he had thought of it. Before, once or twice or three times, it had been an impulse caused by anger or disappointment, an impulse that vanished immediately and left him with a feeling of shame. Now he thought about it for an entire minute, two minutes, because he was leaving Dickie anyway, and what was there to be ashamed of anymore?

This was the clean slate he had thought about on the boat coming over from America. This was the real annihilation of his past and of himself, Tom Ripley, who was made up of that past, and his rebirth as a completely new person.

The main thing about impersonation, Tom thought, was to maintain the mood and temperament of the person one was impersonating, and to assume the facial expressions that went with them. The rest fell into place.

Anticipation! It occurred to him that his anticipation was more pleasant to him than his experiencing.

He hated going back to himself as he would have hated putting on a shabby suit of clothes, a grease-spotted, unpressed suit of clothes that had not been very good even when it was new.

If you wanted to be cheerful, or melancholic, or wistful, or thoughtful, or courteous, you simply had to act those things with every gesture.

Being Tom Ripley had one compensation, at least: it relieved his mind of guilt for the stupid, unnecessary murder of Freddie Miles.

He loved possessions, not masses of them, but a select few that he did not part with. They gave a man self-respect. Not ostentation but quality, and the love that cherished the quality. Possessions reminded him that he existed, and made him enjoy his existence.

His stories were good because he imagined them intensely, so intensely that he came to believe them.